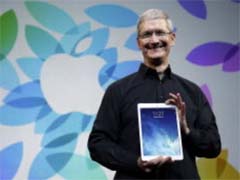 Apple’s diversity numbers aren’t much better than the rest of Silicon Valley’s.

The difference: CEO Tim Cook has staked his reputation on fixing them.

The Cupertino, Calif., company released its first report on the gender and racial makeup of its 98,000 employees on Tuesday.

“Let me say up front: As CEO, I’m not satisfied with the numbers,” Cook wrote in a letter published with the report.