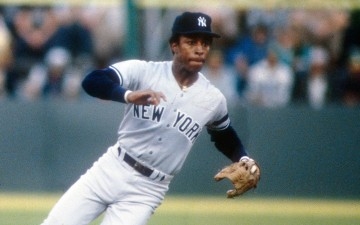 The smell of spring is in the air. That can only mean one thing: America’s favorite past time is back.

Monday April 6 marked the start of a new season of Major League Baseball.

Baseball legend Willie Randolph has enjoyed many opening days. With a playing career spanning eighteen years with six different teams, he’ll always be remembered as a second baseman with the New York Yankees. Randolph won two World Series rings as a player with the Bronx Bombers and four more with the Yanks during his eleven year tenure as a bench coach.

Last spring, Randolph penned his book, The Yankee Way: Playing, Coaching, and My Life in Baseball. In his memoir, Randolph tells the story of his life playing and coaching for one of the most storied professional sports franchises in the world. “The book was about sharing my story from the sandlots to the big leagues,” Randolph told EBONY.