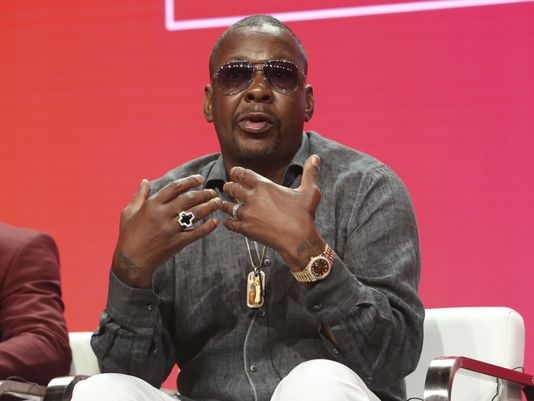 A press conference promoting BET’s upcoming TV movie, “The Bobby Brown Story,” came to a screeching halt Friday when reporters asked the singer about reports of a 2003 911 call that involved a domestic violence incident with his then-wife Whitney Houston.

Brown, appearing with the stars of the film at the Television Critics Association summer press tour, denied any violence involving Houston, who died in 2012 and to whom he was married from 1992 to 2007.

“There was no violent incidents between me and Whitney. … You’re mistaken. You’re completely wrong,” he said in response to a reporter’s question.

The room quieted before another reporter said the 911 call, which led to a domestic violence complaint and a misdemeanor battery charge against Brown, is part of the public record.