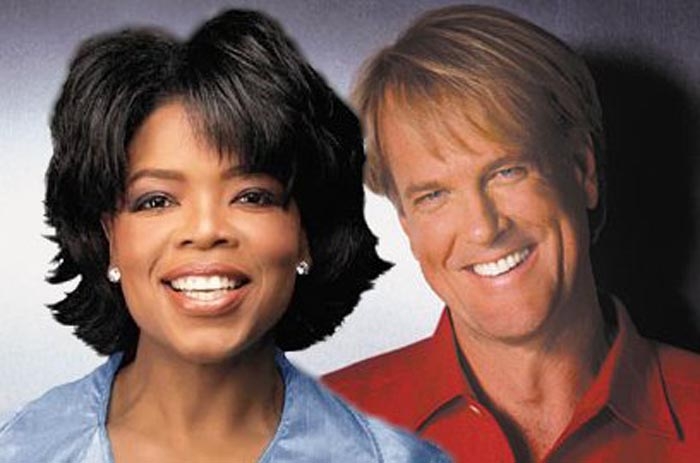 No matter how many millions of records John Tesh sells, I’ll always think of him first as co-host of TV’s Entertainment Tonight. When I was a kid, I was mildly jealous of his nightly perch next to Mary Hart.

You may first think of Tesh as a musician. The Grammy winner has been creating and performing music full-time for over twenty years. His Live At Red Rocks PBS special out-performed The Three Tenors for years.

You may know Tesh as an acclaimed radio host and podcaster.

You will soon know him as a best-selling writer, as his long-awaited memoir is due in March. Tesh’s Relentless: Living a Life Of Persistence, Grit, and Faith will share his keys to surviving a rare form of a rigorous, often terminal cancer.

But you probably don’t — and I certainly didn’t — think of Tesh as Oprah Winfrey’s ex-boyfriend.

Tesh pre-dates Stedman Graham, O’s longtime beau. Tesh and the Queen Of All Media dated when they were cub reporters for rival television stations in Nashville in the mid-1970s, a full decade before Winfrey’s career took off with The Color Purple, her nationally syndicated, eponymous daytime talk show, and the Oprah Winfrey Network (OWN).

“She was 19 and I was 21, and she was at Channel 5 and I was at Channel 4,” Tesh recalled during our EXCLUSIVE interview. “We were always looking out for each other. We covered the same stuff, mostly city hall stuff or fires, things like that. There was not much happening in Nashville back in the day!”

“We would go out to lunch and go to movies together, and we’d have dinner,” Tesh continued. “Sadly, we had a joke about this.”

Click here to read more of MPC’s feature, including Tesh’s account of the bigotry the interracial couple faced. He also talks about the on-camera gifts Winfrey displayed early on!