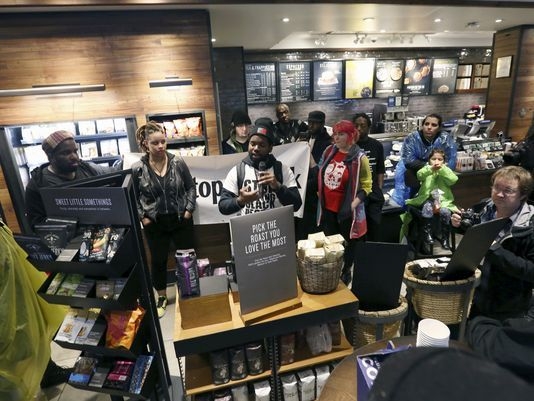 The voucher, believed to be a hate-filled prank crafted by the white-supremacy movement, features a QR code that, when scanned, reveals the N-word.

The bogus certificate surfaced Wednesday amid legitimate calls for a boycott over Starbucks’ decision to phone 911 to have police arrest two black men at a downtown Philadelphia location because they hadn’t bought anything last Thursday. They were denied use of a restroom even though they explained they were waiting for a friend. The furor arose over what is viewed as a double standard compared to how white customers are treated.