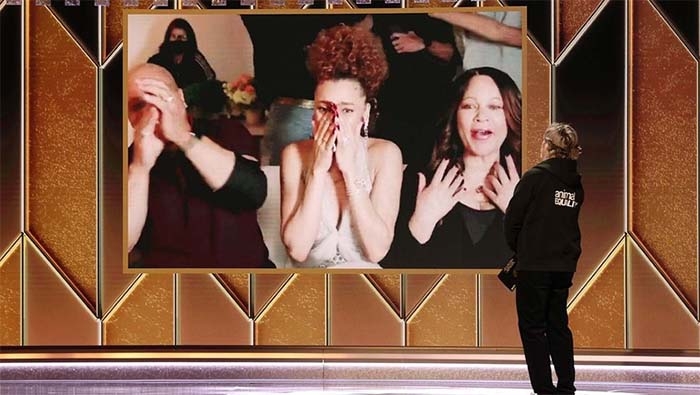 Andra Day won the Golden Globe best actress in a drama trophy for her performance in Hulu’s The United States vs. Billie Holiday, becoming the second-ever Black actress to win the category and the first to do so in 35 years.

While virtually accepting the award during Sunday’s ceremony, an overwhelmed Day noted of her fellow nominees that she was “in the presence of giants” as she thanked those involved with Lee Daniels’ bio-drama about the immortal jazz singer for being “so engaged in the story.”

She then thanked the “transformative, dynamic Billie Holiday, who just transformed me with this role and with her presence and with her spirit.”