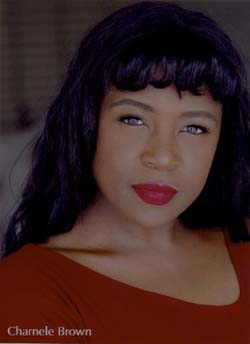 “Dr. Cosby is a good role model…I can only go by how he treated me.  His behavior with me was stellar.”

I caught the cast reunion of NBC’s A Different World on OWN a couple of weeks ago, and waited for the actor who played Kim Reese, Charnele Brown, to make her entrance.  I couldn’t wait to see what she was up to, having been conflicted about my crush on her during five seasons on the show.  After all, when Kim arrived on Hillman’s campus as a bright eyed freshman, I was married and had a kid of my own!

The actors who played Whitley, Jaleesa, Dwayne, Ron, Freddie all showed up on OWN’s feature and gave us updates on their lives and careers, but the show’s “Kimmy” was a no-show, so I hunted Brown down.  I was happy to find out that she’d be invited to participate, but wasn’t given sufficient time by OWN’s producers to get to LA from her Houston home for the taping.

Brown told me she was in her 30s while she was portraying an undergraduate on A Different World, so I didn’t need to feel so conflicted about my crush!  I found Brown to be warm, charming, funny and very smart – and I STILL have a crush on her.  In addition to her reflections on A Different World, we talked about her current work – including her own acting school and two film projects – as well as the skin color “thing”.  She also spoke honestly about her work and interactions with Bill Cosby, in light of the recent controversy being played out in the media.

We missed you on the recent OWN reunion!  What did A Different World mean to you?

I was doing a play on broadway at the time I got the call to do the show.   The majority of us were theatre babies.  I and the rest of the cast just jumped in head first, and spent our time trying to hone our craft and make the show the best it could be.  We didn’t really get the feedback on the impact of the show until its run was done.  We had no idea, for instance, that enrollment levels at historically black colleges and universities were through the roof, and that many had attributed that growth to the show.  We were just honing our chops, trying to do the best we could with our characters.

Are you still in touch with your former cast mates?

Oh, yeah!  We’re like an extended family.  I talk to Jaz [Jasmine Guy, who played Whitley] and Cree [Summer, who played Freddie] often.  I talked with Lou [Myers, “Mr. Gaines”] a lot before he passed away.  I see the others occasionally.

On the recent OWN cast reunion segment, director Debbie Allen talked about her interest in reprising the show.  I‘m not sure whether she was thinking that we‘d see a new crop of students at Hillman, or if she‘d get us caught up with Kim and her friends from the good old days.  What are your thoughts about either scenario?

I understand you‘ve started an acting school in Houston.  One might think you‘d have chosen LA or New York for that type of endeavor.  Why Houston, and how‘s it going?

There’s only one answer:  God.  I had no relatives here, no anything here.  I came in 2000 and opened up my acting school.  But I’d jumped the gun – the time wasn’t right then.  With the oil money that had been here, they really didn’t cultivate other industries, but now the community’s more interested in looking at other industries, and the film and video industry is one of them.  Now, a lot of things are happening.  A lot of production companies are coming here now to shoot.  The state’s offering film companies incentives to come, and they’re responding.  So that’s why I’m here, and the school’s going well!  I’ve got these divas, these actors who are really, really good…really talented but who just need to be taught their craft so that they can compete when the jobs come through.

You‘ve also taken on a feature film project.  Talk about that.

I’m actually working on two projects.  One’s called Coffee Clutch.  I describe it as Philadelphia meets Waiting To Exhale.  It tells the story of four women, two sisters and two friends, who get together for coffee every Friday.  As in any good story, drama ensues!  One of the characters tells the group something they don’t want to hear, and we get to see the ripple effect of that type of disclosure, and its effect on their relationships.  We’re looking for funding to get that project into production.  I’ve also developed a television pilot called Mercy Me! I’ll star in it, and either Kadeem Hardison or Darryl M. Bell [A Different World’s “Dwayne” and “Ron”, respectively] may play my husband.  It’s back to basics, a classic sitcom:  my character is a psychiatrist to the stars, and my husband owns a sports bar.  So who’s the real psychiatrist in that scenario?  [Laughs]  My character doesn’t say much when she’s seeing clients, because she’s scared to death that someone will find out that she really doesn’t know what she’s doing!  And then we have four kids who are absolutely crazy!  I’m looking forward to getting it on the air.

It would be great to see another black family on TV.  What do you think of ABC‘s new Blackish?

A lot of people don’t like it, but I do.  It’s nice to see an African American family, and all of their faults, on TV.  I think it’s great.  I mean, yeah, the title sucks, but it has a great cast, great actors, and the writing’s getting really good.  We need more of that.  We can’t have just one black family on TV.

I know what they were trying to get at, but for me, nobody can be black-ISH.  Either you’re black or you’re not.  I know it’s very catchy, and they had people talking about the show before it was even on, so there was some brilliant marketing going on there, but for me, it just doesn’t work.   At the same time, I’ve had arguments with biracial friends who identify as either “white” or “black”, and I’ve asked them why they’d want to deny half of who they are?  That’s what God made you!  You’re neither white nor black.  You don’t have to be all black!  No body’s all black.  On Blackish, Tracee Ellis Ross’ character is the only one who’s technically “blackish” if you look at it that way. 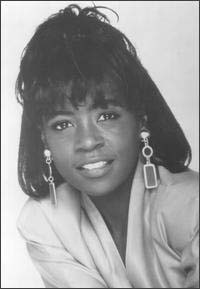 You just reminded me of a storyline from A Different World back in the day.  Your character, Kim, started dating a white guy, and when Kim was questioned about that by her black friends, she got as animated as you just did!  Was there a lot of pushback about that?

Oh, God.  There was a huge backlash.  It was bad.  The majority of the backlash came from men in prison.  They REALLY didn’t like it.  They called my character “the black one” – no one else on the show, from their perspective was black.  They wanted to know why NBC would pair “the only black girl on the show” with a white boy.  That skin tone thing is learned behavior – within our own race.  I remember walking down the street a long time ago, walking past a girl and her mother, and the little girl said “Mommy!  That’s the black girl on that TV show!”  I stopped and said “Darling, we’re all black on that show.  I’m just darker.”  The mom was so embarrassed, but the child was exhibiting learned behavior, you know?

I‘m glad we‘re talking about the skin color issue, because that was another thing about you and your character on A Different World:  Kim was ahead of her time on network TV.  Now, we‘ve got Viola Davis, Kerry Washington and others, but they weren‘t around 25 years ago.  As you were coming up in the business, did you feel in any way “less than” because you playing against actors like Cree Summer and Jasmine Guy who appeared closer to what Hollywood‘s – and society‘s – standard of beauty was at the time?

That’s a great question – not at all.  My mom and dad raised me as a queen.  They told me I had worth.  I grew up in East Hampton, Long Island so it was almost all white.  We were flies in a sea of milk.  But the color thing, growing up there, wasn’t an issue.  In Long Island, my whole family was black, regardless of skin tone.  We have an array of beautiful hues in our family.  I have a lot of darn near white people in my family, and a lot of beautiful dark folks.  I tell my students that they have to KNOW that they are beautiful.  Go in confident, knowing you’re beautiful and you have worth, do your best, and move on.  That way, if you run into that kind of criticism, that kind of bigotry, it won’t bother you.  But if you walk into a room insecure, thinking “Oh, God everyone’s staring at me.”, you’re setting yourself up to get hurt.  KNOW your worth and your beauty.  Own it.  The people will pick up that power in you and they’ll leave you alone.

Did you work directly with Bill Cosby when you were on A Different World?

Every once in awhile he came on set.  And he was a very serious man, you know, nothing like his persona on TV.  I love him.  I think he’s wonderful.

What are your thoughts on Bill Cosby, and what‘s your take on the current controversy regarding him and his interactions with younger women?

Dr. Cosby is a good role model, regardless of what’s going on right now.  That man is brilliant.  He had a vision, and his vision came to fruition.  I thank God that I was a part of it.   In terms of the controversy, like they say, there’s Dr. Cosby’s side, the women’s side, and then the truth.  I continue to pray for both sides of this.  One of the questions I have is why didn’t these women come forward with this information back then?  So I don’t know.  I just think it’s really sad – if it’s the truth, it’s sad, and if it isn’t, what’s happened is sad.   I love Dr. Cosby very much, and I respect his work.  I can only go by how he’s treated me.  His behavior with me was stellar.  That’s my truth.

Michael P. Coleman is a Sacramento-based freelance writer.  Connect with him at michaelpcoleman.com, via email at mikelsmindseye@me.com, or on Twitter: @ColemanMichaelP