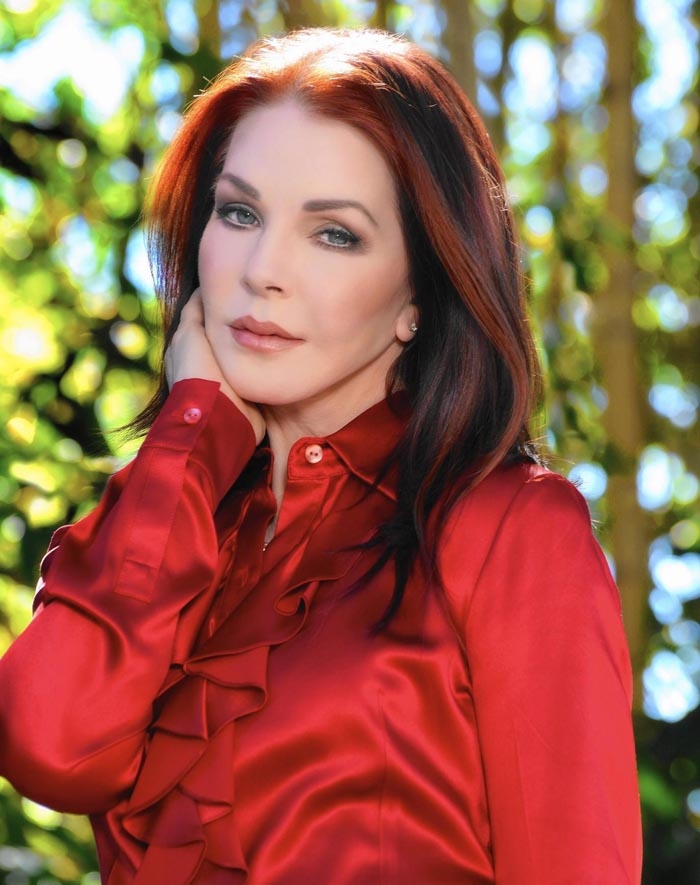 Have you ever been invited into a famous person’s living room for a long, intimate chat?

Me, either!  But hundreds of us got to experience what that might feel like last night at the Gallo Center for the Arts in Modesto, after Priscilla Presley strolled out on stage, flashed a brilliant smile, got comfy in an easy chair, and talked for 90 minutes about her life with the King Of Rock & Roll.

Weeks ago, Presley had pledged to speak candidly about her life, and she made good on that promise.  Along with personal home movies and photos, she talked about everything from meeting a 24-year-old Elvis when she was just 14 years old, how the star wooed her and her father, the couple’s first kiss, the glare of the media on their burgeoning relationship, the changes that daughter Lisa Marie brought to the table, and the strains that ultimately ended the couple’s marriage in 1973.

Presley also spoke candidly about the love that never died between the two, the anguish of losing Elvis in 1977, and her determination to hang on to Graceland as the estate’s bank accounts withered.  During a time when women were not taken seriously in the board room, Presley rolled up her sleeves, hired a few folks, and set on a course that resulted in Graceland being the second most visited home in the United States.

Thankfully, Presley requested no cameras or video during the event, so there were no annoying flashes or screens to break the cozy mood Presley set.  And I know you’re wondering so I’ll tell you:  the 73 year old former model and actress looked as beautiful as ever.

The event’s only downside was its moderator, Good Day’s Cody Stark.  Grandma Coleman taught me to keep my mouth shut if I couldn’t say anything nice…

…so in defense of Stark, it would have been hard for anyone to shine sitting next to Priscilla Presley.  She is truly a class act.

Go to galloarts.org to check out their full performance schedule.

Go to michaelpcoleman.com to connect with the freelance writer behind this piece, or follow him on Twitter:  @ColemanMichaelP.