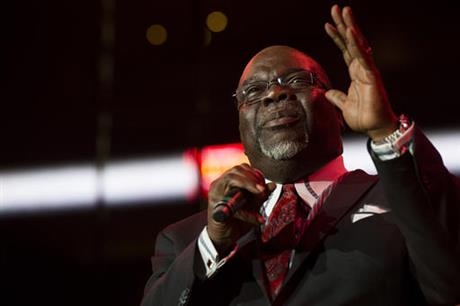 T.D. Jakes doesn’t wave around the Bible or preach from Proverbs in his new OWN talk show; he’s discussed plastic surgery obsessions, questioned Bobby Brown about his troubled marriage to Whitney Houston, and talked politics with the network’s queen, Oprah Winfrey.

But the popular pastor still considers his host role an extension of his ministry.