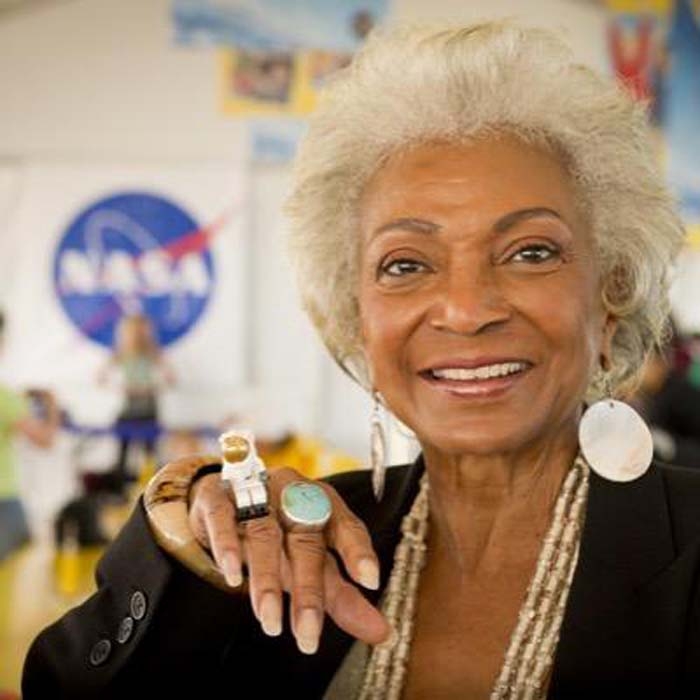 Every once in a great while, you have a chance to meet a true legend.  We’ll have that chance on June 16-18 when trailblazing actor Nichelle Nichols greets friends and fans during this year’s Wizard World Comic Con. 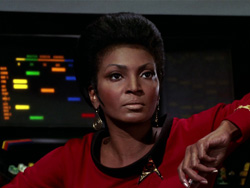 Nichols is most well known for her revolutionary portrayal of “Lt. Uhura,” first in the classic 1960s television series Star Trek, and later reprising the role in a series of big budget feature films.

It may be hard to believe today, but when Nichols took on the role, African American women weren’t widely seen on television in roles in which they were equal to their white, male counterparts.  Nichols’ “Uhura” sat on the bridge of the starship Enterprise right next to her male counterparts, including “Capt. James T. Kirk” and “Mr. Spock.”

Unlike the stereotypical parts that were given to most black female actors of the day, Uhura allowed Nichols to present a view of African American women that truly changed the face of television.  In doing so, she paved the way for characters from“Mrs. Huxtable” on The Cosby Show to Empire’s “Cookie Lyon.”

In an exclusive interview, Nichols said the role was tailor made for her.

“I don’t think the role was cast for a woman of color.  It was cast for me,” Nichols shared.  “However, what was important to [Star Trek creator] Gene [Roddenberry] was having a cast that reflected more of the diversity of the world at the time.”

Although Nichols’ initial run as “Uhura” lasted only three television seasons, she made an indelible mark on viewers and on the entertainment industry.  In fact, she was the first African American actress to be asked to place her hand and footprints in concrete outside of the legendary Chinese theatre in Hollywood.

“I had seen others placing their hands at different places along the street, and I always wondered how it felt to be asked to do that,” Nichols recalled.  “And, here I was about to place my hands. The crowd was immense, all these people who’d come to see it, and I thought, ‘That’s me, I’m that person.’ I actually stood at the back of the crowd to see while they were pouring the concrete. As I think about it, I can feel those same chills up my spine.” 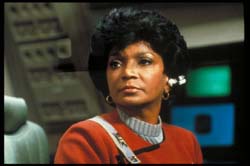 After Nichols’ initial run on Star Trek, she was asked to serve on the board of the National Space Institute.  In that role, she personally recruited three of the astronauts that were tragically killed in the 1986 Challenger explosion.

Not surprisingly, Nichols remembers that time like it was yesterday.

“I will never forget the day of that tragedy,” Nichols said.  “I had become close personal friends with every single one of those recruits. I felt I had a responsibility to all of them. That disaster hurt me for a very long time.”

It’s great to see Nichols back on the road, as she suffered a mild stroke a few years ago.  The legend said that setback wasn’t nearly enough to keep her down.

“I’ve been pretty darned well if I do say so my self,” Nichols chuckled.  “I took a bit of a break from traveling, but I knew when I was starting to get stir crazy at home that I must be feeling better!”

With everything she’s accomplished over more than six decades in the entertainment business, I wondered whether Nichols had missed out on any roles and whether she has any professional regrets.  She told me there’s no place in her life for them.

“I’ve no regrets — none in any shape form or fashion,” Nichols declared.  “I went in knowing that this is something I had dreamed of, and never even imagined that it could be real.  Where I got was beyond my wildest dreams.”

Click here for tickets to see Nichols and other celebrities at this year’s Comic Con. 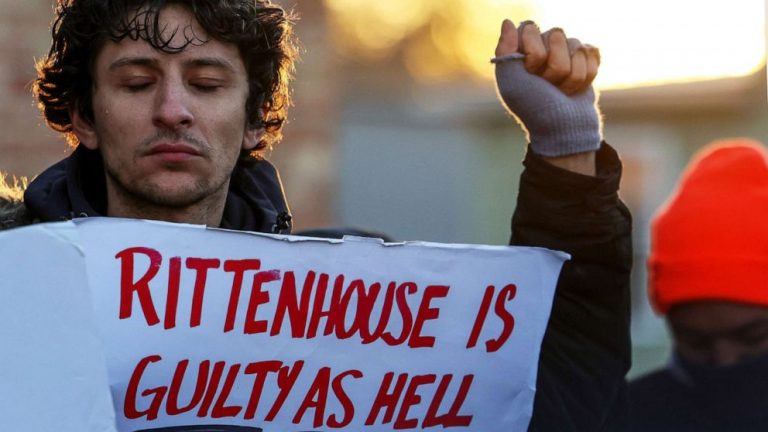