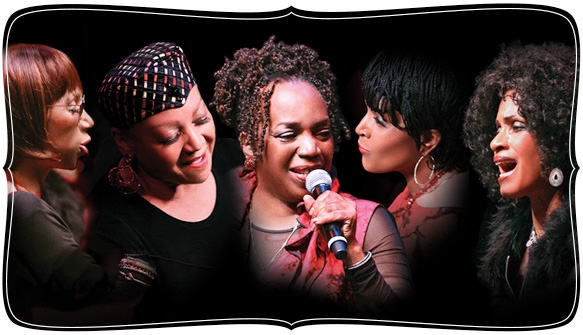 The legendary Sweet Honey In The Rock and the equally legendary San Francisco Symphony are joining forces on December 23rd.

That really should be all it takes to get you to hit the link below for tickets.  But if you need further persuasion, keep reading.  Just a few minutes with founding member Carol Lynn Maillard and you realize that Sweet Honey’s holiday performance in the city by the Bay isn’t to be missed.

“A little more than half of the show will be a cappella, and the other half is done with a bass accompaniment,” Maillard said.  “It’s gonna be such an amalgam of different styles and sounds!We’ll perform some traditional material that people know, some songs from the African American spiritual tradition, some quartet songs, and some covers from Marvin Gaye.  We’ll also perform some stuff from our latest recording.” 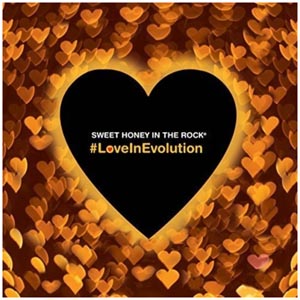 For the uninitiated, Sweet Honey In The Rock have been heralded for over 40 years for their brilliant vocal harmonies, their uplifting messages, and their social activism. The group’s latest album, #LoveInEvolution, is stunning, belying musical conventions of the day and launching with a breathtaking, a cappella version of “Somebody Prayed For Me.”

As I listened to that opening track, Sweet Honey In The Rock took me to church.  I could almost see my grandma Ruth singing it on the porch of the modest home in rural Mississippi where I spent my summers as a kid.  In talking with Maillard, I got the sense that maybe, just maybe, she and her bandmates could see her, too.

“We’re thankful to the ancestors and all the gods and goddesses who know our music, which means so much to so many people,” Maillard said.  “Our country is in a period right now where I think many more people are in shock over the recent election than there are people who are not.  It was like a massive earthquake of emotion when that gentleman was supposedly elected president.  I don’t know any other way to say it.  Donald Trump told us the election was rigged, and that’s the one thing he said that I believe.”

“I pray that during this period of light and giving, that somebody gives us something that will enlighten us to the facade and farce of that last presidential election.”

Preach, Sister Maillard.  If she hadn’t become a world-renowned vocalist, she could have been a minister.  Now that I think about it, and after listening to #LoveInEvolution, I think she’s both. 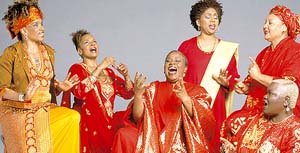 “I don’t understand how vulgar behavior has become the norm in the United States,” Maillard reflected.  “I don’t mean just cussing.  I don’t get it.  It’s not Christian, it’s not Buddhist, it’s not Islam…it’s not goodness!  And I think that’s what this planet needs.”

Maillard said Sweet Honey In The Rock performed in San Francisco at least once years ago, and that she and her band mates are eager to get back to the city.

“It’s really a tremendous honor that the San Francisco Symphony is bringing us back,” Maillard shared.  “It really means a lot to us, and we’re going to do our best to uplift people.  There are so many different holidays that celebrate the changing of the seasons.  In the Hindu tradition, we have Dwali, which is The Festival of Lights, celebrating the journey from darkness to light and the triumph of good over evil.  There’s Chanukah, a story of survival and perseverance, and trust in God.  Christmas is also the bright light and the supposed things that happened on the day of Christ’s birth with the beautiful star and the angels heralding a time of peace and giving hope.”

“The seven principles of Kwanza — it’s the same vibe, having hope and moving forward and transitioning.  And there’s the winter solstice, of course.  There are “holy days” for everybody.  By the time we get to San Francisco, we’ll be ready to perform the whole range of holy season songs.  I think y’all will get it all!”

For tickets to experience Sweet Honey In the Rock with the San Francisco Symphony on December 23, click here.

This feature was written by Sacramento-based freelancer Michael P Coleman.  Connect with him at michaelpcoleman.com or on Twitter.