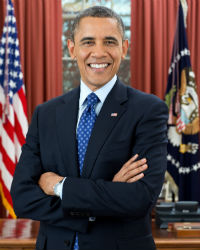 President Barack Obama will give his State of the Union address tonight, Tuesday, September 12, that will reportedly discuss the economy, immigration reform, and gun control, according to an article on Reuters.com.

The speech will air at 9pm EST. Click here to read the full article.

Then starting Tuesday, Obama will join the latest in a series of “Fireside Hangouts” to talk about his State of the Union address and answer questions from Americans about what he talked about in his speech throgh a virtual conversation hosted by Google, according to the White House’s official blog.

The hangout takes place list on Thursday, February 14 at 4:30pm EST on WhiteHouse.gov, the White House Google+ page, and YouTube.com/whitehouse.