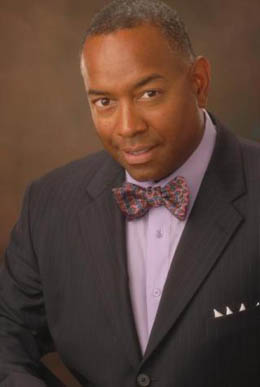 by Thomas Hopkins, M.D., Chief Medical Correspondent for KCRA-3 in Sacramento
Sacramento has a fantastic dining scene. We have been labeled America’s “farm-to-fork” capital as we have some of the world’s best and most sustainable ingredients within arm’s reach. Sacramento also has a vibrant outdoor dining scene. One of the best things about our city is sitting outside with a glass of local wine after the Delta breeze has cooled the hot summer day and perusing the menu of one of our great restaurants. Unfortunately, that ideal setting is often ruined by the distinct odor of drifting smoke followed by the realization that you and your family are being exposed to carcinogens.
Fortunately, the Sacramento City Council is considering a proposal to prohibit smoking in outdoor dining areas where people eat and drink. This proposal is hardly controversial. There are 73 other cities in California that already have this policy in place. A diverse group of cities such as Murrieta, Compton, Huntington  Park and Pasadena have all put the health of their families first.
The science is indisputable. Exposure to secondhand smoke – even while outside – is dangerous. The surgeon general has declared that there is no safe level of secondhand exposure. And the California Air Resources Board has declared that secondhand smoke is a toxic air contaminant. In 2007, a Stanford University study found that even outside, exposure to the carcinogens and other toxins in secondhand smoke is still significant. That means each time we bring our families to one of Sacramento’s great outdoor dining patios, we run the risk of exposing them to substantial risk from secondhand smoke.
Opponents of this proposal are using the same tired arguments that were used in the ’90s when California became the first state in the nation to pass smoke-free workplace legislation. We heard how prohibiting smoking in bars and restaurants was going to hurt business. We heard about how customers were going to stay home to eat and drink. We heard how smokers were going to drive to other cities so they could smoke. None of those things came to pass and, in fact, data suggest that there has been no adverse economic impact from smoke-free bar and restaurant laws.
In a widely cited report using tax revenue data in California from 1990 to 2002, the study suggests that both in 1995, when all restaurants went smoke-free, and in 1998, when bars followed suit, there was an increase in revenue in each instance. From all over the country, study after study continues to destroy the claim that there is an adverse economic impact on the hospitality industry.
Can you imagine if we had listened to opponents of smoke-free workplace legislation in the 1990s? Workers would have spent another 20 years exposed to carcinogens in the workplace. Families would have had to breathe secondhand smoke every time they went out to dinner. There is no doubt that countless lives have been saved by protecting workers and families from the harmful effects of secondhand smoke.
Very few Californians want to return to allowing smoking in bars and restaurants. Out-of-state trips are often jarring reminders of what it was like when smoking was allowed wherever people worked, ate and drank in California. We are going to look back in another 20 years at the arguments against this ordinance and find them just as silly as the arguments against smoke-free indoor dining appear to us now.
Restaurant and bar owners have no legitimate reason to fear this ordinance. Our neighbors in Davis have had a smoke-free outdoor patio dining ordinance on the books since 1993, and judging from the sheer volume of Sacramento restaurants that have opened in Davis, I would say that not allowing smoking on patios has not exactly scared business away. The city of Beverly Hills passed a similar ordinance, and a staff report to the City Council found that smoke-free outdoor dining “has been embraced by the public and businesses alike producing lasting benefits for workers, patrons and the businesses themselves.” The report goes on to say that “an overwhelming number of businesses experienced an increase in sales.”
A large coalition of public health groups including the American Cancer Society Cancer Action Network, Saving Our Legacy Project, African Americans for Smoke-Free Safe Places/the SOL Project, Breathe California of Sacramento-Emigrant Trails and the Asian Coalition for Tobacco Use Prevention/Sacramento Chinese Community Service Center are urging the City Council to protect Sacramento workers and families by passing a strong ordinance that prohibits outdoor patio smoking where people eat and drink. Sacramento families should not be forced to make a choice between exposing their children to carcinogens and eating at some of Sacramento’s best restaurant patios.
____________________________________
Thomas Hopkins, M.D.
Internal Medicine
Chief Medical Correspondent for KCRA-3 in Sacramento
www.hopkinsmd.com