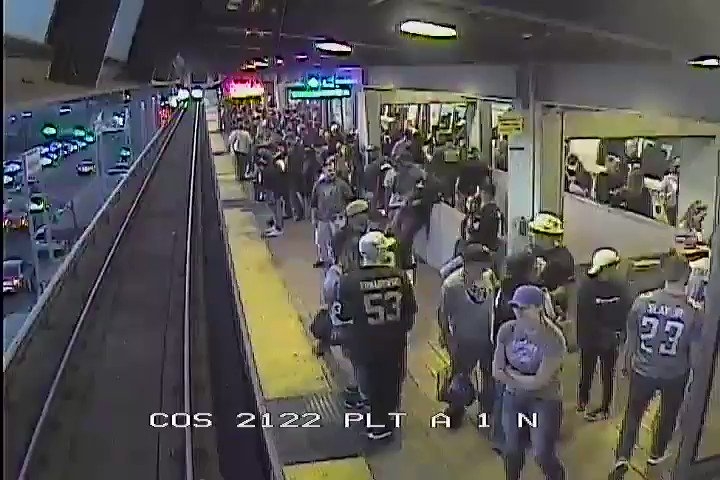 The man who had a brush with death at the Oakland Coliseum BART station Sunday recounted the incident Wednesday for KCRA-TV in Sacramento.

Rayshawn Jackson, 33, of Rancho Cordova said he was blessed when BART supervisor John O’Connor yanked him out of the path of an oncoming train after he stumbled off the station platform and onto the tracks.

“I knew I only had a couple of seconds, I heard the train, I felt the vibration on the rails. And I could see the light coming out of the tunnel,” Jackson said. “As soon as I seen the light, I jumped up to try to get out of the way, and I missed my first jump. I did it again, and the man grabbed me out of midair and took me out of the way. It was a blessing, man.”

For the full story, visit NBCBayArea.com/News.