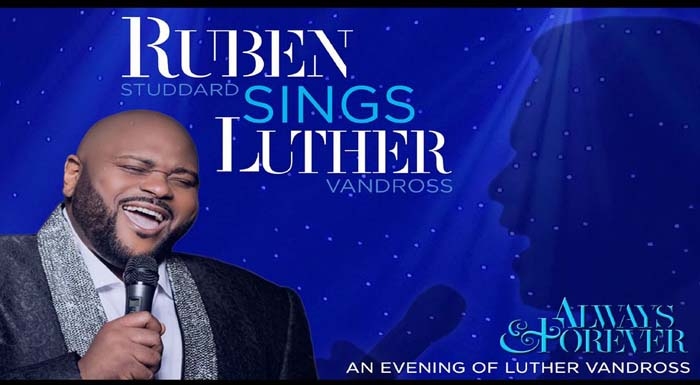 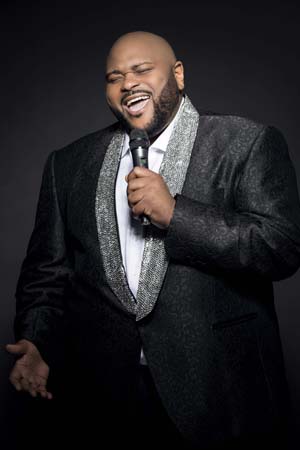 The wait is almost over.

Grammy nominated R&B, pop and gospel singer Ruben Studdard, who was hailed as “the next Luther Vandross” during his triumphant American Idol run almost two decades ago, is finally releasing an album of Vandross covers.  Ruben Sings Luther: A Tribute will be released March 16.

Studdard teased this project a few years ago, with a fantastic cover of “If This World Were Mine,” with Lalah Hathaway standing in for the original’s Cheryl Lynn, and he covered Luther’s “Superstar” years ago.  But to take on an entire album of Vandross covers?  Studdard deserves a standing ovation just for giving it a go, as Luther was unquestionably a peerless vocal powerhouse.

“My goal was to not only pay tribute to Luther but to add my own passion on top of Luther’s brilliant songs,” Studdard said of the new album.  “I often sang different Luther songs during my live shows.  But people always asked when I was going to do an album of Luther’s songs.  Happily the day has arrived.”

“I am so proud of this record,” Studdard continued.  “It was a thrilling experience selecting the songs from Luther’s different albums and putting my own interpretation on them.”

I’ll take Studdard at his word that recording this new album was “thrilling,” but I can attest to the fact that listening to it was absolutely so.  Ruben Sings Luther: A Tribute delivers 10 almost reverent Vandross covers.  Stunningly, in at least a couple of cases, Studdard improves upon the originals.

And for those in northern California, the news is even better:  Studdard has added a Sacramento stop to his 22 city tour in support of the new album.  Always And Forever: An Evening Of Luther Vandross Starring Ruben Studdard comes to Sacramento’s Crest Theatre on Sunday, April 8.

I’m one of the Luther fans who never got to see him in concert, and friends have always insisted that I missed quite a show!  Luckily, Studdard is ready to recreate that experience during his upcoming tour.

“We are not only recreating some of the production elements, musicians, background singers, wardrobe and lighting that were ever present when Luther took the stage, but my heart and soul will be in every note I sing as I honor one of the greatest vocalists we’ve ever had.”

After listening to this new album, it’s easy for me to take Studdard’s word for that, too!

Click here for tickets to Studdard’s upcoming Sacramento show. Tickets for the Sacramento show and all other performances are available at Ticketmaster.

Look to The Hub next week for more information on the upcoming Ruben Sings Luther: A Tribute album, including our EXCLUSIVE interview with Ruben Studdard!