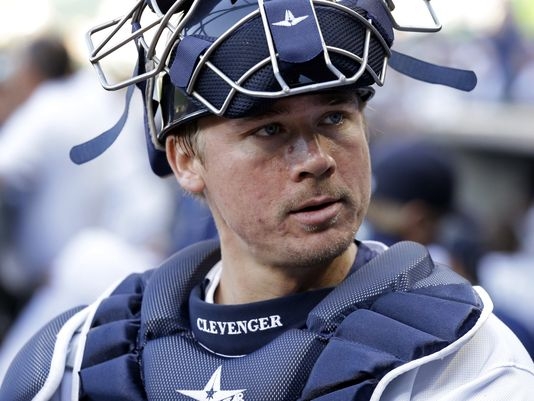 Steve Clevenger’s tweet that cost him his job as a Seattle Mariners catcher was not the first occasion he posted racially-charged messages on social media.

In an August post from Clevenger’s deactivated Facebook account obtained by USA TODAY Sports, Clevenger called the Black Lives Matter movement “a racial group no different from the KKK…and the reason is because there’s white people like you (who) support them.”

Clevenger’s comments came in a Facebook thread under a posting that originated from conservative author Ann Coulter.

Clevenger, 30, was suspended by the Mariners for the remainder of the season Friday after tweets from his private Twitter account became public. One tweet suggested Black Lives Matter activists be “locked behind bars like animals!”

For the complete story, visit USAToday.com/Sports/MLB.