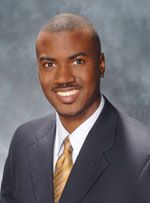 If you are one of the 26 million Americans who suffer from upper respiratory allergies, you may already be stocking up on tissues as we enter spring. Allergic rhinitis or hay fever is associated with a wide range of uncomfortable symptoms including excess mucous production, nasal blockage, sore throat, stuffy head, puffy eyes, and fatigue. Although none of these symptoms can be classified as life-threatening, anyone with allergies will tell you they can be a nuisance and interfere with daily activities. There are numerous medications that can be effective at masking allergy symptoms, but each comes with its inherent risks and may only treat the symptoms. Fortunately, there are also natural therapies available that can help your body manage the many underlying causes of allergies.

There are three main forms of upper respiratory allergies. The most common form, seasonal allergic rhinitis, occurs only at specific times of the year in response to high circulating levels of pollen or other allergens in the air. Alternatively, perennial allergic rhinitis occurs year round and is often due to an allergy to pet dander or dust mite droppings. Finally asthma can also be classified as an allergic disorder when it is stimulated by exposure to an external irritant. This form of asthma is classified as extrinsic or atopic and is characterized by excessive mucous production, shortness of breath and cough.

Allergies differ from other forms of illness as they are the result of over activity of the immune system. When we think of being sick, we typically think of the immune system being unable to fight off an offending agent, such as a bacteria or virus. Allergies, on the other hand, occur when the body initiates an immune response to a non-offending substance, such as pollen or a type of food. In the case of upper respiratory allergies, the body initiates an immune response to an inhaled particle. When the particle comes in contact with the nasal surface, it links with specific antibodies known as IgE, which can be found on the surface of immune cells within the nasal mucosa.

Allergies and asthma are both increasing in prevalence within the developed world, leading researchers to look into environmental (non-genetic) factors as a possible causative factor. For example, children who are fed solid foods too early or receive antibiotic therapy within the first two years of life are more likely to develop both respiratory and food allergies. This indicates that there may be a protective mechanism in the immunoglobulins in mother’s milk as well as the natural microflora of the nasal and oral passages. Recently, researchers have begun to look at the overuse of antiseptics and antibiotics as another influential factor in the development of allergic rhinitis.

This concept, known as th

e “hygiene hypothesis,” proposes that lack of childhood exposure to microorganisms, both symbiotic (i.e., health-promoting probiotics) and pathogens, leads to modulation of the immune system to favor the development of unnecessary antibodies. Epidemiological support for this theory points to the lower incidence of allergies and autoimmunity in the developing world when compared to the increased incidence within industrialized societies.

Low intake of dietary antioxidants and exposure to cigarette smoke and other environmental pollutants are also strong indicators of increased allergy risk. Other potential factors which may increase allergy risk include low gastric acid secretion (known as hypochlorhydria) and intestinal overgrowth of yeast (Candida albicans).

How to Fight Allergy Symptoms Naturally

When looking to control allergy symptoms naturally, the first step is to limit your exposure. Using an air filter, preferably one that ties into a central heating and air conditioning system, can drastically reduce the build-up of allergens in your home. It is also important to focus on areas where allergens can collect. Pet areas, carpets, rugs, and upholstered furniture should be cleansed regularly, and bedding should be washed at least once a week.

In addition to these simple steps, you may want to look to your diet as a means for controlling your allergy symptoms. A study of 35 patients conducted in the Journal of Asthma found a positive correlation between allergy relief and vegetarian or vegan diets. In a clinical observation, 92 percent of patients who followed a vegan diet for one year reported reduction in asthma symptoms. Improvement was seen in a number of clinical variables, including lung vital capacity and forced expiratory volume.

Relief from allergic rhinitis may also be achieved via elimination of allergenic foods in the diet. Foods that have been closely linked to respiratory allergies include dairy products, chocolate, sugar, and gluten. There is also strong evidence indicating a connection between allergic rhinitis and intake of certain food additives, including artificial dyes and colorants, sulfites, and benzoates. According to the Encyclopedia of Natural Medicine, evidence linking these compounds to asthma attacks may be so strong that avoidance of these synthetic additives could be vital to controlling allergy symptoms.

Intake of omega-3 fatty acids has also been shown to support healthy airways and additionally favor the production of anti-inflammatory mediators. In a 2009 study reported in the International Archives of Allergy and Immunology, atopic asthma patients supplemented daily with omega-3 fatty acids improved airway responsiveness even when subjects were exposed to a known allergen. Dietary sources of omega-3 fatty acids include cold water fish, flax seeds, chia seeds, and walnuts. Other powerful anti-inflammatory agents which may be beneficial include members of the allicin family, such as onions and garlic, ginger, rosemary, curcumin (turmeric), and the herb Boswellia.

If you have questions concerning this article please contact your health care provider or feel free to give Dr. Bean a call at Bean Chiropractic (916) 447-2200. You may also email him at dr_sbean@yahoo.com.