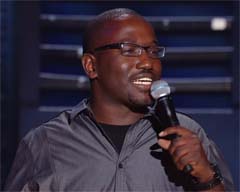 Most comedy nerds can tell you that Hannibal Buress is one of the most respected young comics performing right now. He’s co-starred on Comedy Central’s “Broad City”, Adult Swim’s “The Eric Andre Show” and released two stand-up albums.

But those unfamiliar with the performer’s work now know him as the man who called Bill Cosby a rapist on stage.

Cosby’s allegations were already mildly well-known, but footage of the joke went viral, and suddenly, word of the comic’s troubled past hit the mainstream.

Read the complete article at CBSNews.com.