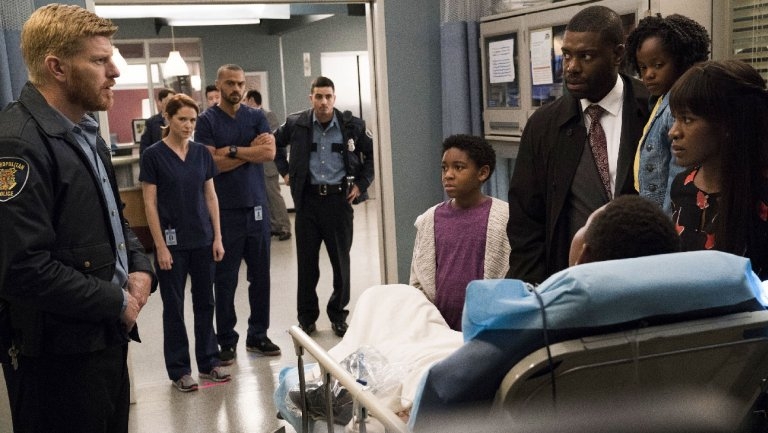 BC’s Grey’s Anatomy continues to use its platform for social change.

While wrapping up its domestic violence storyline — and a week after changing the portrayal of trans characters on TV — the veteran medical drama used Thursday’s episode to explore unconscious bias after a black 12-year-old boy named Eric is shot by police.

As it turns out, the youngster was attempting to break into his home after forgetting his keys. While reaching for his cell phone, police shoot the kid in the neck — thinking he was a black kid in a wealthy neighborhood who had a gun.

“It became very clear to me as I’m raising my 4-year-old black son that he will have different experiences in life no matter how much I’m in an upper-socioeconomic part of society. No matter what school he’s in or who his friends are, he’s still going to be seen as black boy and black man and that will alter his experience from other social groups,” episode writer Zoanne Clack tells The Hollywood Reporter.

For the full story, visit HollywoodReporter.com/TV.