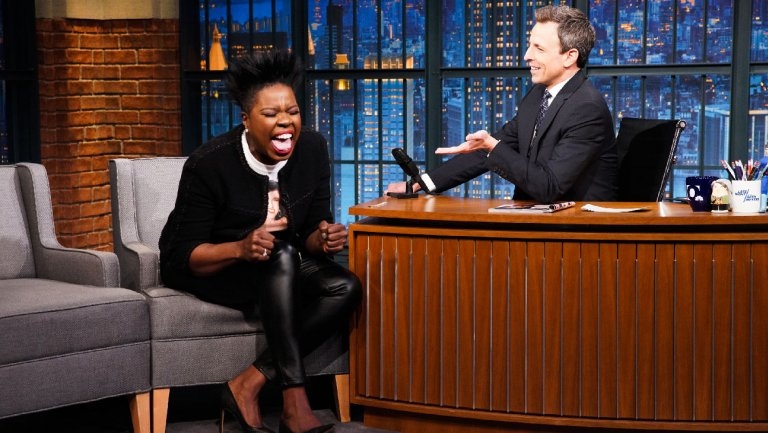 After Saturday Night Live star Leslie Jones impersonated Oprah Winfrey during the show’s broadcast last week, the comedian explained to Seth Meyers how nervous she felt to take on the role of the powerful media mogul.

“I was scared, though, I wasn’t gonna get her voice right. I really wanted to do her justice, ‘cause she is the bomb,” Jones explained to the Late Night host Tuesday night.

Though it’s a nerve-racking role to take on, Jones assured that she would benefit if Winfrey runs for president in 2020. “She has to run, ‘cause I’ll get an Emmy if she runs,” Jones joked. “I will play her to death. Go for it Oprah! I’d vote for you now.”

For the full story, visit HollywoodReporter.com/LiveFeed.