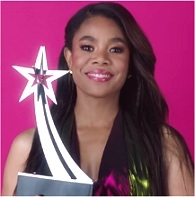 Where: Airing live from the Microsoft Theater in Los Angeles on BET.

As the summer heats up, the BET Awards cause a buzz of excitement as favorite nominees are named and ultimate winners announced at one of black entertainment’s most prestigious award shows.

This year, the BET Award nominees were announced in May followed by a glittering awards ceremony televised live on BET on Sunday, June 23, 2019 beginning at 8PM ET live from the Microsoft Theater in LA.

For the full story and all the information, please visit Chiff.com/Pop-Culture.