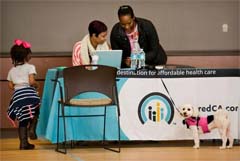 Covered California kicked off its second open-enrollment period for affordable health insurance with community outreach events across the state on Saturday, including in Sacramento’s Oak Park neighborhood.

It signed up 3.4 million people during its inaugural enrollment period for 2014, but there are still 3.2 million in the state who are uninsured, program officials said.

“We made history … cutting the state’s uninsured rate from 22 percent to 11 percent during (our) last open enrollment,” said Peter Lee, Covered California executive director, in a news release. “But there still is a lot of work to do.”

Officials are working to make the process easier after last year’s crush to enroll highlighted shortcomings, including long wait times for consumers who called the health exchange or struggled to use its overwhelmed website.

In addition to shoring up the website, Covered California has expanded its service center hours to nights and weekends, and it’s added 200 storefronts operated by community partners in shopping malls and other visible locations.

A big part of the effort is reaching out to minorities through targeted advertising and by partnering with community groups, officials said.

Saturday’s event at the Oak Park Community Center, on Martin Luther King Jr. Boulevard, was organized by the Sac Cultural Hub Media Foundation, a group dedicated to promoting African American culture and entertainment, and 1Solution, a recruitment and staffing firm based in south Sacramento. Both groups are certified enrollers for Covered California.

About two dozen counselors with the groups sat at tables lined up along the sides of a basketball court in the community center’s gym. Using laptop computers, they provided one-on-one assistance to those who came to apply.

Among the enrollees was Tirhas Teklehaimanot, 33, a nursing assistant, who brought along her 3-year-old daughter, Layla Beaubois. Layla, wearing a bright ribbon in her hair, led her small white dog, Coco, around the gym on a leash while her mother applied for health insurance.

“When I heard about this, I jumped on it,” Teklehaimanot said. The staff made applying easy, she said. “They’re more than helpful. I can’t believe how nice they are.”

That’s partly because many of the counselors have insurance through Covered California and understand the need for low-cost health care.

Valarie Scruggs, working with Sac Cultural Hub, greeted people with a smile as they walked through the gym doors. A self-employed health consultant in her early 40s, she signed up for coverage with Kaiser Permanente during the first open enrollment earlier this year. She pays $300 a month for the Kaiser plan and is glad she has it.

Over the summer, during a weeklong vacation with her sister to Louisiana, Scruggs’ appendix ruptured. She underwent surgery and spent six weeks in a hospital in New Orleans. Then an air-ambulance crew brought her back to Sacramento, where she spent more time recovering at the Kaiser medical center on Morse Avenue.

“The insurance through Covered California pretty much took care of everything,” she said. With her copays and deductibles, Scruggs said she’ll likely end up paying a few thousand dollars for treatment that cost hundreds of thousands of dollars.

“It gave me peace of mind,” she said. “I was very grateful.”

Pleshette Robertson, founder and CEO of Sac Cultural Hub, said many people think they can’t afford health insurance and are surprised to learn how low their monthly premiums can be. Robertson said she pays $99 a month for her own insurance through Covered California and a $20 copay for six refills of her arthritis medicine.

One woman who works for an accounting firm thought her payment would be $400 or $500 a month, she said. But using Covered California’s “shop and compare” tool, she found she could pay as little as $39 a month for an individual.

Working professionals, who are self-employed or lack health coverage through their employer, are another target group this year, Robertson said.

Sac Cultural Hub and 1Solution, along with sponsor Cares Community Health, plan to hold their next enrollment event Dec. 15 at Oak Park Community Center. That’s the deadline for enrolling in coverage that takes effect Jan. 1. They’ll hold a third event Jan. 15 at the community center.

They also welcome applicants at their offices every weekday and on weekends by appointment.

To find local help or to learn more about Covered California programs, go to www.coveredca.com or call (800) 300-1506. 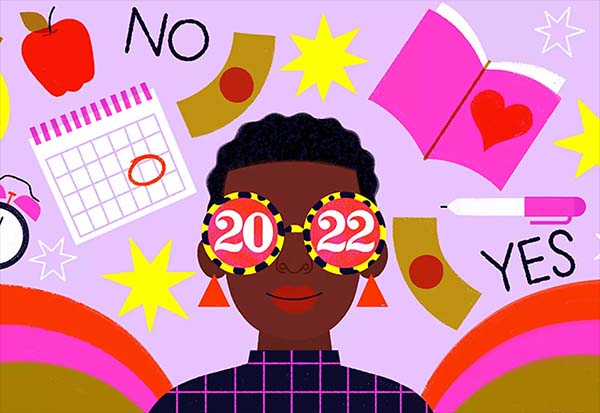 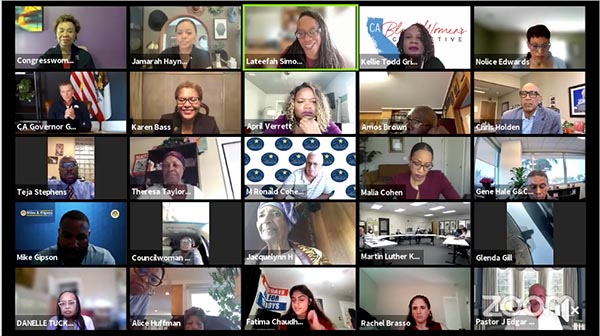