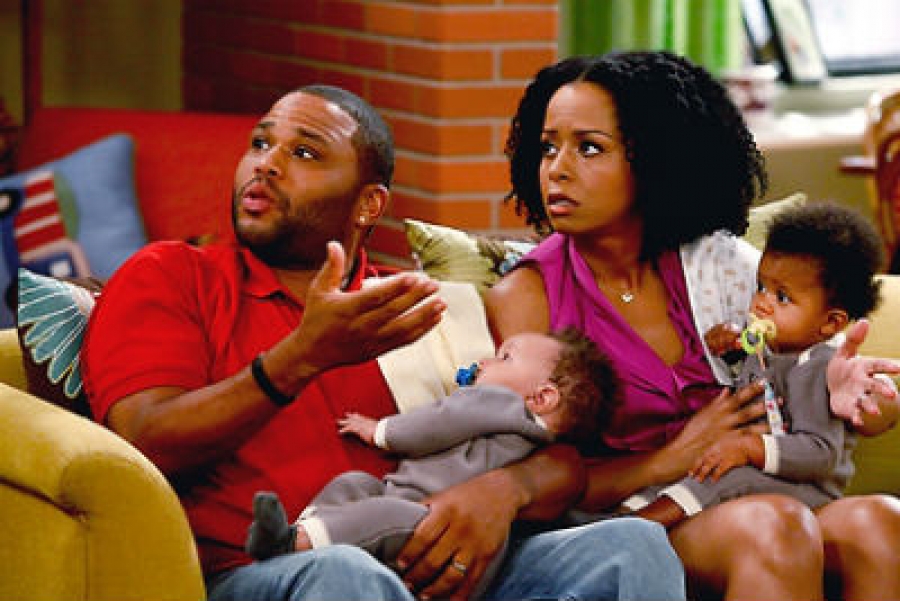 Plenty of new shows premiering this fall. Across the board, network television will air new shows with prominent African American characters by some of the most well respected actors and actresses in Hollywood. BET will also air a new reality show and a new twist to late night television.

“Don’t Sleep!” Hosted By T.J. Holmes
Airs: Monday, 11 p.m., BET
Premier: Oct. 1
Former CNN journalist T.J. Holmes begins a late night show this fall on BET that will give viewers a social commentary on issues important to African Americans. Looking to do a late night shake up, Holmes’ awareness of social issues will break the mold on mainstream media’s look at issues.

Guys with Kids
Airs: Wednesday, 8:30 p.m., NBC
Premier: Sept. 26
Starring Anthony Anderson (Hang Time, Transformers) and former Cosby kid Tempestt Bledsoe. The show revolves around 30-something dads struggling with maturity in the eyes of having children while still acting like them.

The New Normal
Airs: Tuesday, 9:30 p.m., NBC
Premier: Sept. 11
NeNe Leakes continues her transformation from reality TV star (Real Housewives of Atlanta) with her role as the sassy but likeable assistant in what looks like NBC’s attempt to match alternative-style openness like Modern Family.

Revolution
Airs: Monday, 10p.m., NBC
Premier: Sept. 17
For the fans of Breaking Bad, the loss of Gustavo Fring was a punch to the stomach, but it has opened up a new role for Emmy-nominated actor Giancarlo Esposito. Revolution takes place in a world without electricity, and Esposito plays the hardnosed Captain Neville.