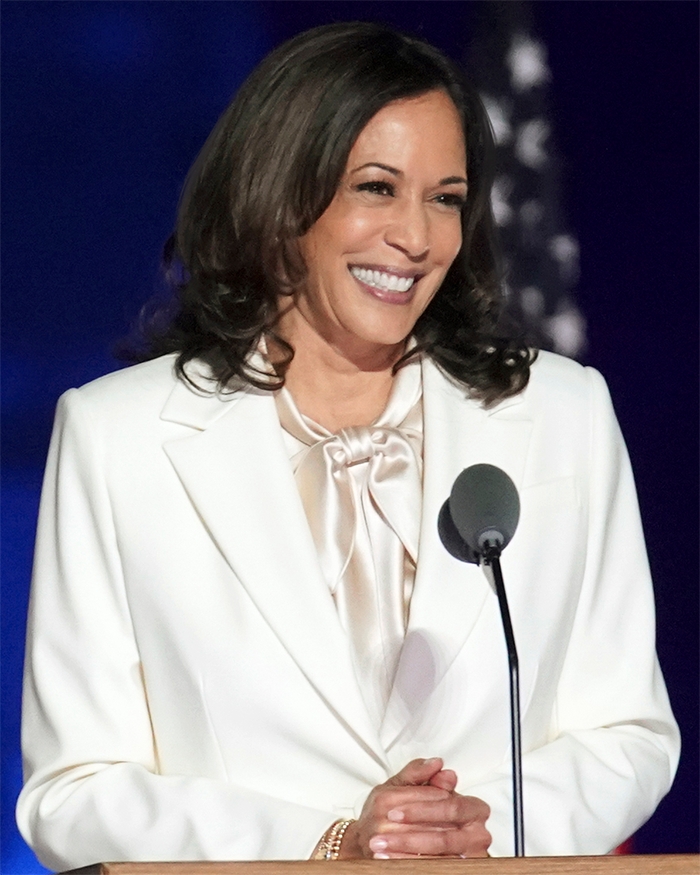 Kamala Harris represents a lot of historic firsts — the first Indian-American to serve as a U.S. senator (Calif.) and, of course, the first woman and woman of color to become vice president of the United States. Her elegant hairstyle has also won her admirers. At the vice-presidential debate last fall, Harris walked onstage with a straight-but-not-too-straight style that had a subtle front flip. It was bouncy, it was beautiful, and it caused Black Twitter to light up with pride. Harris was rocking a silk press. And it’s not the first time this style has made its way to the White House.

Former first lady Michelle Obama was also a fan of the silk press and wore the look almost every day during her eight years in office, says Johnny Wright, the celebrity hairstylist behind her coveted glossiness. “I literally saw the evolution of curl power and natural hair becoming a thing while we were in the White House,” he says. “Seeing representation on that high level gave Black women the grace to just show up, embrace their Blackness, and not feel ostracized.” The silk press exemplifies Black Girl Magic and the ways in which Black women can be — and often are required to be — masterful and authentic chameleons.