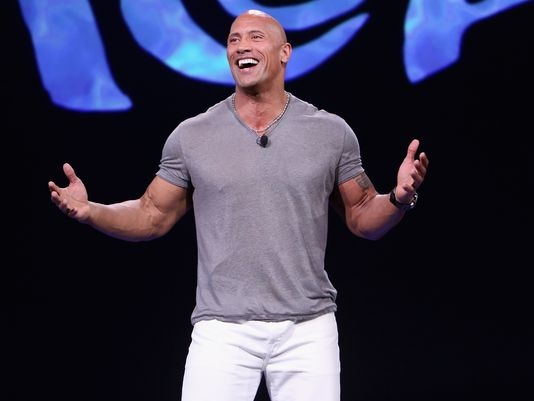 The Rock has dislodged Iron Man from the top of Forbes’ highest-paid actor list.

Dwayne Johnson, the most successful performer to cross over from pro wrestling, pulled in $64.5 million between June 2015-2016, thanks to his roles in the Fast & Furious franchise and San Andreas. His participation in animated Disney feature Moana, due Nov. 23, will likely help his placing on next year’s list.