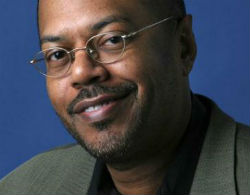 This week, Kevin Merida was named managing editor of the Washington Post, reportedly making him the first black journalist to assume the title and the highest position a black journalist has achieved at the Post, according to an article on TheRoot.com.

Most recently national editor at the Post, Merida, 56, was named “Journalist of the Year” by the National Association of Black Journalists in 2000.