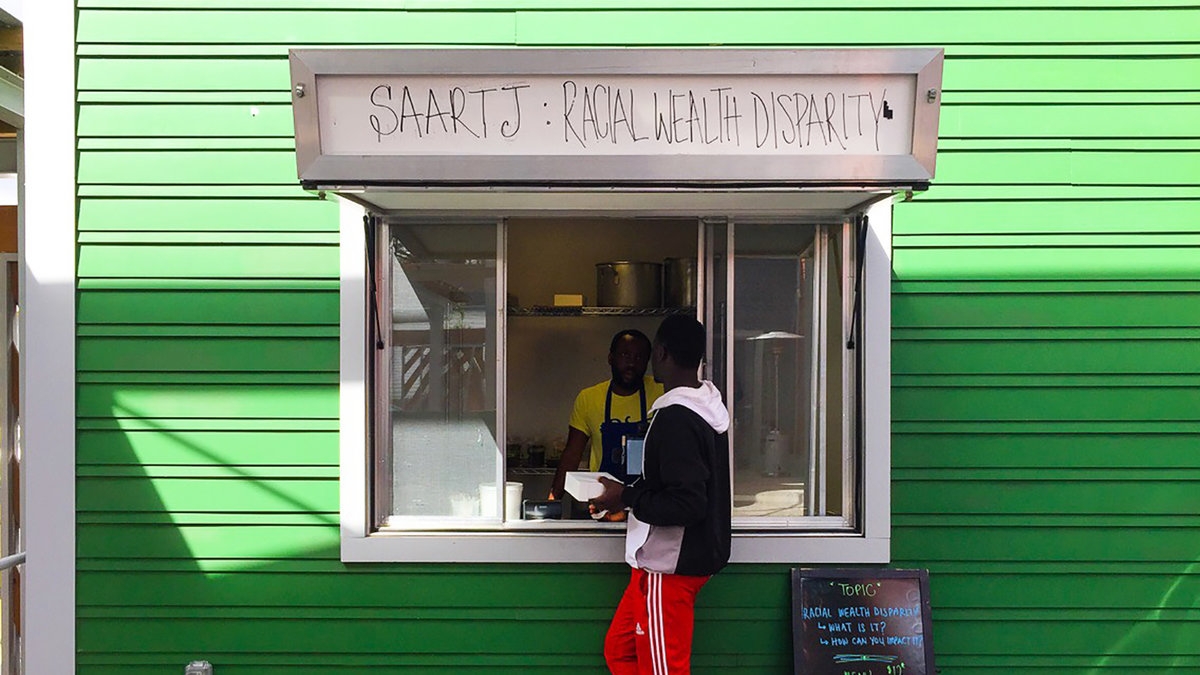 Can a $12 lunch change the way people think about racial wealth disparity in America? How about a $30 lunch? That’s the premise behind a social experiment playing out in a New Orleans food stall.

Chef Tunde Way opened his pop-up stall in the city’s Roux Carre venue in early February. The listed price for the Nigerian food is $12. But when white people walk up to order, they are asked whether they want to pay $30. Why? “It’s two-and-a half times more than the $12 meal, which reflects the income disparity” between whites and African-Americans in New Orleans, says Wey.

Wey says that when customers come up to his window to place an order, he tells them that his food stall aims to engage people on the topic of racial income and wealth disparities and to share statistics on these disparities. He then informs them that customers who identify as white are being asked to pay the higher $30 price to reflect these disparities. These customers also have the option to pay the listed $12 price. The difference between the $12 and $30 meals, customers are informed, will be redistributed to minorities who buy food at the stall. How do white customers react to the proposition?

“Some of them are enthusiastic, some of them are bamboozled a bit by it,” Wey says. “But the majority of white folks, nearly 80 percent, decided to pay.”

For the full story, visit NPR.com/FoodForThought.