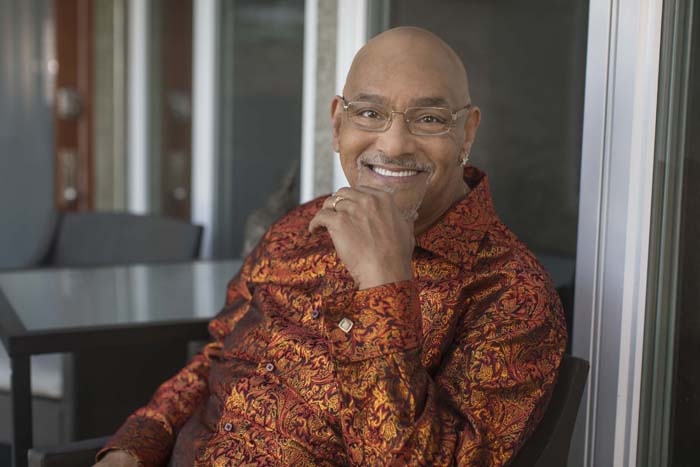 You’ve heard artists who, in their glory days, displayed a phenomenal vocal range, only to record one too many songs and reveal that their best performances are behind them.  Some singers, well past their prime, release albums in misguided attempts to remain “contemporary.” 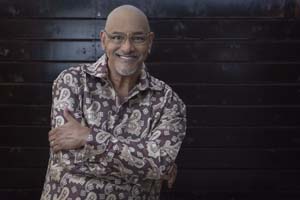 One day, I’ll get to tell you about one of those singers.  Today, I get to tell you that R & B and jazz titan Phil Perry has never sounded better.  His new album, Breathless, is aptly entitled.  His gorgeous tenor still takes your breath away.

The artist who was once called “the Pavaratti of Jazz” remains modest about his peerless talent, and was quite cogent about why he wanted to deliver Breathless to his fans.

“As an artist who composes,” Perry, 65, shared by phone, “you get a little close to the music, and sometimes that closeness blinds you.  You’re not open to other creative interpretations.  It was time for me to step back and say I believe in the people I’m working with, I believe that the good Lord gave me a voice to be heard, and now I’m going to trust the individuals I’m working with to help me be more contemporary than my own inclination might allow.”

If you’re not familiar with Perry’s phenomenal tenor, brace yourself.  His voice is a unique, mellifluous, dynamic instrument that has made unforgettable statements with original material, while making one-of-a-kind imprints on covers of time-tested classics.

Only Perry would — or could — follow up his stellar cover of Aretha Franklin’s “Call Me” with a scorching take on Patti LaBelle’s “If Only You Knew,” as he did over two decades ago at the dawn of his major label solo career.  The legend continues that tradition on his exceptional new Breathless album, with superb covers of Stevie Wonder’s “Love In Need of Love Today” and The 5th Dimension’s “One Less Bell To Answer.”

“I grew up in East St. Louis, where The 5th Dimension is from, which is why I did ‘One Less Bell To Answer’,” Perry continued.  “You can’t go wrong with a Bacharach / David song.  If you just sing the melody, you’re gonna be alright, because the magic really is in the music. People give me more credit than I deserve [because] I’m just interpreting what I’m hearing and being me while I do it.  If the composition didn’t exist, you wouldn’t be hearing this ‘Phil Perry’.”

In addition to the classic songs that Perry covers on the new Breathless, the artist captivates on the album’s title track, the new composition “Never Can Say Goodbye,” “Do Whatcha Gotta Do,” and the album’s closer “Moments In The House Of Love.” Throughout the new album, Perry displays a soaring tenor that is as pristine as it was 25 years ago. 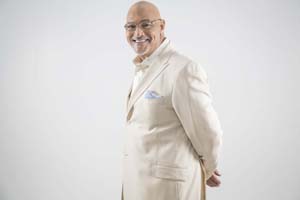 While he says he was born with the voice, he shares that he honed his gift by doing “his homework,” studying the singers whom he calls “…the most versatile of falsetto singers of their era.”

“Johnny Mathis.  Johnny Hartman.  Eddie Holman.  Smokey Robinson. Eddie Kendricks.  But I had a natural, full range, too, so the things that they were singing in falsetto, I could sing in my natural voice, but I needed to smooth it out.  I did my homework, which I wish I could say about the kids today.”

“It ain’t that they ain’t musical, ‘cause they are, but they haven’t learned the power of harmony and when it supports a melody, to not sing anything but the melody.”

One listen to the new Breathless, and you’ll understand that singing a gorgeous melody is a gift that Perry had to have been born with.  Fans of great music will be grateful for the album’s ten gorgeous compositions that are vehicles for Perry to share his gift with the world.  It’s an opportunity that the singer doesn’t take lightly.

“It is a blessing, at my age, to still do what I do and have it accepted in the marketplace.  It’s a joy unspeakable.”

If you’re looking for another “joy unspeakable,” pick up a copy of Phil Perry’s new Breathless.

Phil Perry’s Breathless album will be released on February 24.  CLICK HERE to pre-order on iTunes.

This feature was written by Sacramento-based freelancer Michael P Colman.   Connect with him at michaelpcoleman.com or on Twitter.