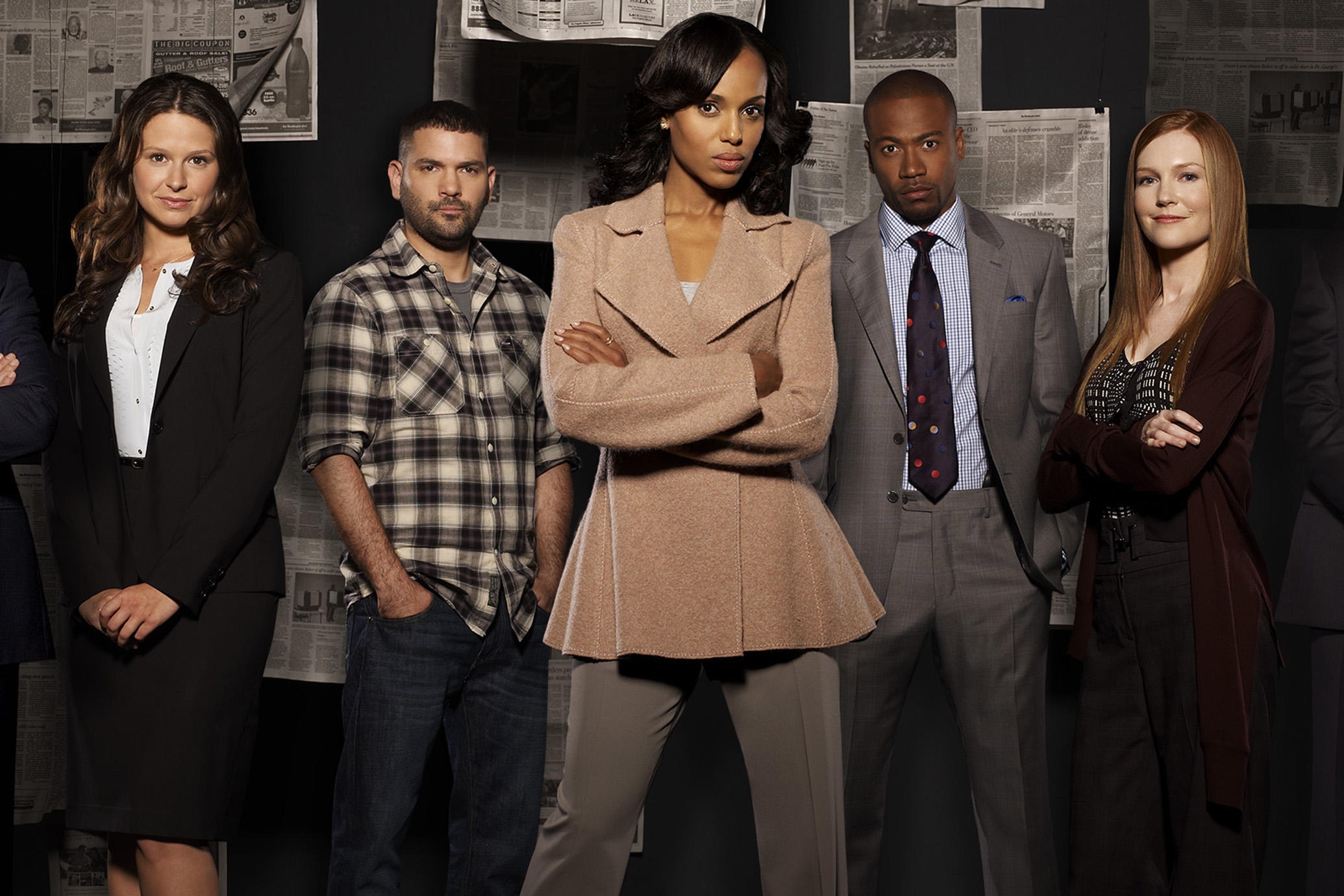 There is a moment in the very first scene of the very first episode of Scandal, in which Harrison Wright (Columbus Short) says to Quinn Perkins (Katie Lowes), “Olivia Pope is as amazing as they say.” Quinn was already in the tank; moments earlier, he informed her that he was offering her a job at Olivia Pope & Associates (OPA) and an eyes-wide Quinn accepts the offer, drooling, and without asking for any details. The scene signals to the audience, before Olivia Pope even appears on screen, that it’s about to be introduced to a legendary character, not just because she didn’t look like the any of lead characters on network TV at that time, but because she wasn’t like any of them either.

Looking at the TV landscape now, it’s easy to forget that in 2012 Kerry Washington became the first black woman to lead a network drama in 40 years. (The first was Teresa Graves in 1974 as an undercover cop in Get Christie Love!) Scandal’s creator, Shonda Rhimes, and Washington made history with the origination of Olivia Pope, Washington, DC’s best fixer with crisis-ridden clients ranging from executives to the fictionalized president of the United States. The character was loosely modeled after real-life crisis manager Judy A. Smith, who is black and worked in the George H.W. Bush administration. Seven seasons later, Washington is joined by Viola Davis and Taraji P. Henson, and they, along with the many black leads who have teamed up with other networks and cable channels, have transformed television. In fact, there have been more black women leads on network TV in the six years since Scandal’s debut than ever in history, suggesting that increasing blackness on television may be OPA’s greatest “fix” of all.

For the full story, visit Buzzfeed.com