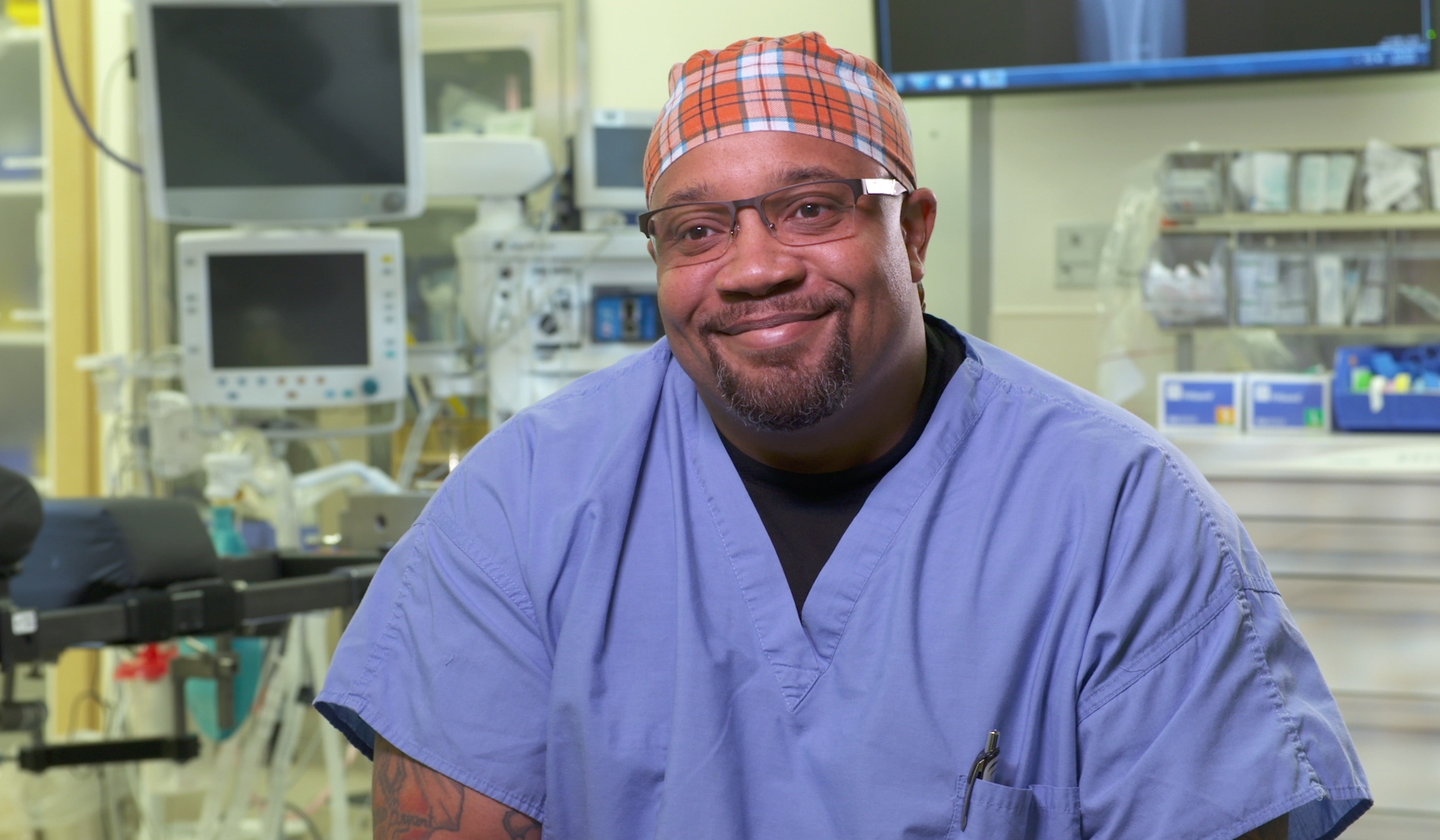 Darthvader Williamson, 39, is a surgical tech in Memphis. (Photo: Yahoo)

The ghost of his grandfather haunts Ben Solo/Kylo Ren in The Force Awakens and The Last Jedi. If only someone could inform our favorite emo wannabe Sith that a man by the name of Darthvader is alive and well in Memphis.

Darthvader Devon Williamson is a surgical tech at St. Francis Hospital-Bartlett, a medical center roughly 20 miles east of Memphis’s historic Beale Street. Humble and low-key, Williamson has found himself thrust into the spotlight after co-worker Derek Venckus filmed a video featuring Williamson and uploaded it to the hospital’s YouTube page. Yahoo Entertainment traveled to Tennessee to meet the man and learn more about his life as Darthvader.

Williamson owes his unique moniker to parents he says “are just normal … an everyday mother and father.” As Williamson put it, “Mom was the disciplinarian of the family, and my father was just a laid-back, easygoing guy. They were both in the military — that’s where they met, actually. In Honolulu. And after love transpired, so did I.”

Originally intended to be named Anthony Lee Williamson Jr. after his father, those plans changed after a fateful purchase of some Star Wars memorabilia. “They came out with baseball cards that [featured] certain scenes,” Williamson recalled. “And so there was one that was just Darth Vader. So, of course, enamored with the movie, [my father] was in love with the character. So he just came to my mom and said, ‘Look, this is one badass dude. We could name our child [Darth Vader].’”

“[My mom] was like, ‘OK. In the movie, his name is Lord Darth Vader. … We’ll drop the Lord, we’ll name him Darthvader as his first name.’ After giving birth and whatnot, realizing what she had done, she was like, ‘I agreed to this?!?’

For the full story, visit Yahoo.com/Entertainment/News.