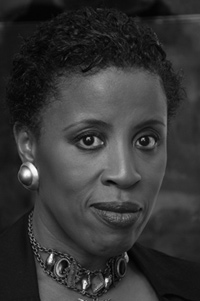 The Broadway play “Fela!” plays at the Paramount Theater in Oakland June 4-9, 2013. Jay Z, Will Smith, and Jada Pinkett produced and presented this play.  Michelle Williams from Destiny’s Child is a special guest star in the play.  “Fela” had a sold out season in London’s Royal National Theater.  The show received 11 Tony nominations, 3 Tony awards for best choreography, best costumes and best sound.
The play is based on the life of Fela Kuti, who created Afrobeat which is a blend of jazz, funk and African rhythm.  His powerful lyrics openly condemn the oppressive dictatorships in Nigeria.  Unfortunately Fela paid for his bravery in talking against the Nigerian government; he was arrested 200 times and beat countless times.  He died in 1997, the official reason given by authorities then was that it was the result of AIDS but his friends say it is because of the numerous beatings he endured.  He leaves a legacy of almost 50 albums that tell the story of injustice. One of the stars of the show, Melanie Marshall shared with us more information about the play and the life of a singer/actress.
THE HUB: Ms. Marshall if you were not singing what would you be doing?
Melanie: Singing, I always wanted to sing, never veered from that and I have been singing since I was 6.  I also enjoy giving back or mentoring, giving master classes on performing.
THE HUB: What part are you playing now?
Melanie: Currently I am playing the role of Funmilayo, Fela’s mother.
THE HUB: What attracted you to this role?
Melanie: A friend rang me when he saw the play on Broadway and told me he saw my next role.  I’d never heard of Fela and his music.  After searching online the first 15 minutes, I knew I had to be part of it.
THE HUB: What locations have you worked in?  Any places abroad?  Which place is your favorite?
Melanie: DC, Detroit, Atlanta, Philadelphia, Chicago, Miami; Charlotte; we are in Dallas right now, after we move on to Seattle then Oakland, Tucson and Los Angeles.   I live in London and was born in northwest England near Manchester in Oldham.  I was part of the London cast at the National Theater and also the Holland festival.
THE HUB: Have you made any lasting friendships with any of your cast mates?
Melanie: Oh yes, my friend Jermaine Rowe is not on this tour but I miss him.  We shopped at Ross and Marshalls together.
THE HUB: Describe yourself for me in just 3 words; if that’s difficult tell me how a friend would describe you.
Melanie: Well my friend Jermaine would describe me as funny, talented and sincere.
THE HUB: What other plays have you performed in?
Melanie: Carmen Jones was my first ever job.  Porgy and Bess, Aint Misbehavin’, Simply Heavenly (Langston Hughes), Kiss Me Kate (was my first West End show) and The Tempest (I sang in that).
THE HUB: Was there any career advice you were given that helped or hurt?
Melanie: I have performed professionally since 1986, no advice ever but know your craft and be proud of every performance you do because you never know who is in the audience.  As a singer, you are sacrificing the word for the music, I was told that at 8 years old by my first music teacher Mrs. Edith Ryecroft.
THE HUB: What’s the most unusual perk of your career?
Melanie: Having the connection I have with my audience, I treasure that.
The broadway play performance of “FELA!” is nothing like you have ever seen. THE HUB encourages you, your friends and family to attend.  See the exclusive eblast ad for “FELA!” and get discounted tickets now. Use THE HUB’s discount code: shr6
See more info about Melanie Marshall on the cast line up of FELA! at: http://www.felaonbroadway.com/bios/