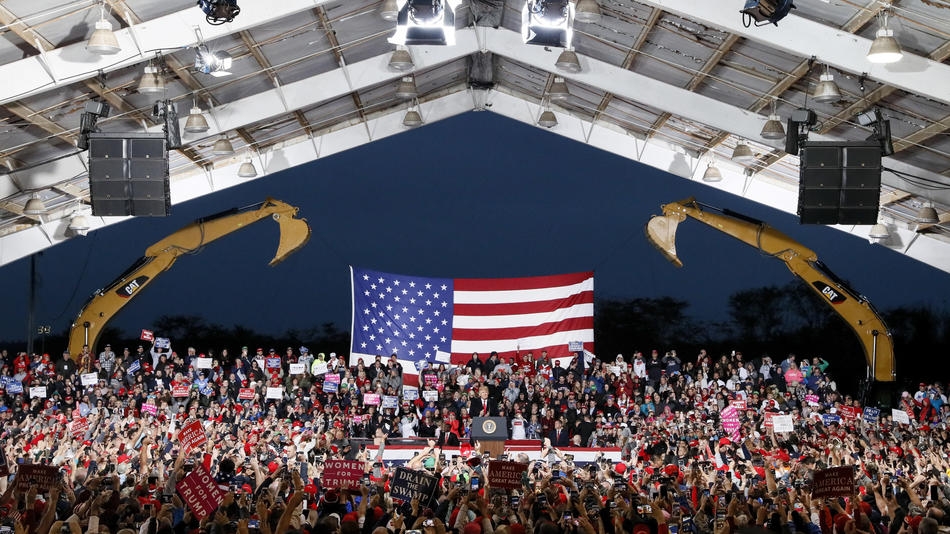 President Donald Trump praised the Confederate general Robert E. Lee whilst asking African-American voters to “honor us” by voting for him at an Ohio rally which included an unexpected and provocative monologue on America’s Civil War history.

Addressing an open-air rally of around 4,000 supporters, Trump appeared buoyant as he declared that Lee was a “true great fighter” and “great general.” He also said Abraham Lincoln once had a “phobia” of the Southern leader, whose support of slavery has made his legacy a heavily contested and divisive issue.

Trump’s speech threatened to reignite a highly divisive debate over America’s racial history with just weeks to go until the midterms. Trump has previously defended statues commemorating Confederate leaders, tweeting last year: “Sad to see the history and culture of our great country being ripped apart with the removal of our beautiful statues and monuments.” Critics say such statues glorify historic advocates of slavery.

Ulysses Grant was not the only Ohio-native whom Trump deployed as a foil in his wider cultural war. He also referenced astronaut Neil Armstrong, telling crowds: “He’s the man that planted the flag on the face of the moon … there was no kneeling, there was no nothing, there was no games, boom” in a reference to NFL athletes kneeling in protest during the national anthem.

For the full story, visit ChicagoTribune.com/News/Nation-World/Politics.