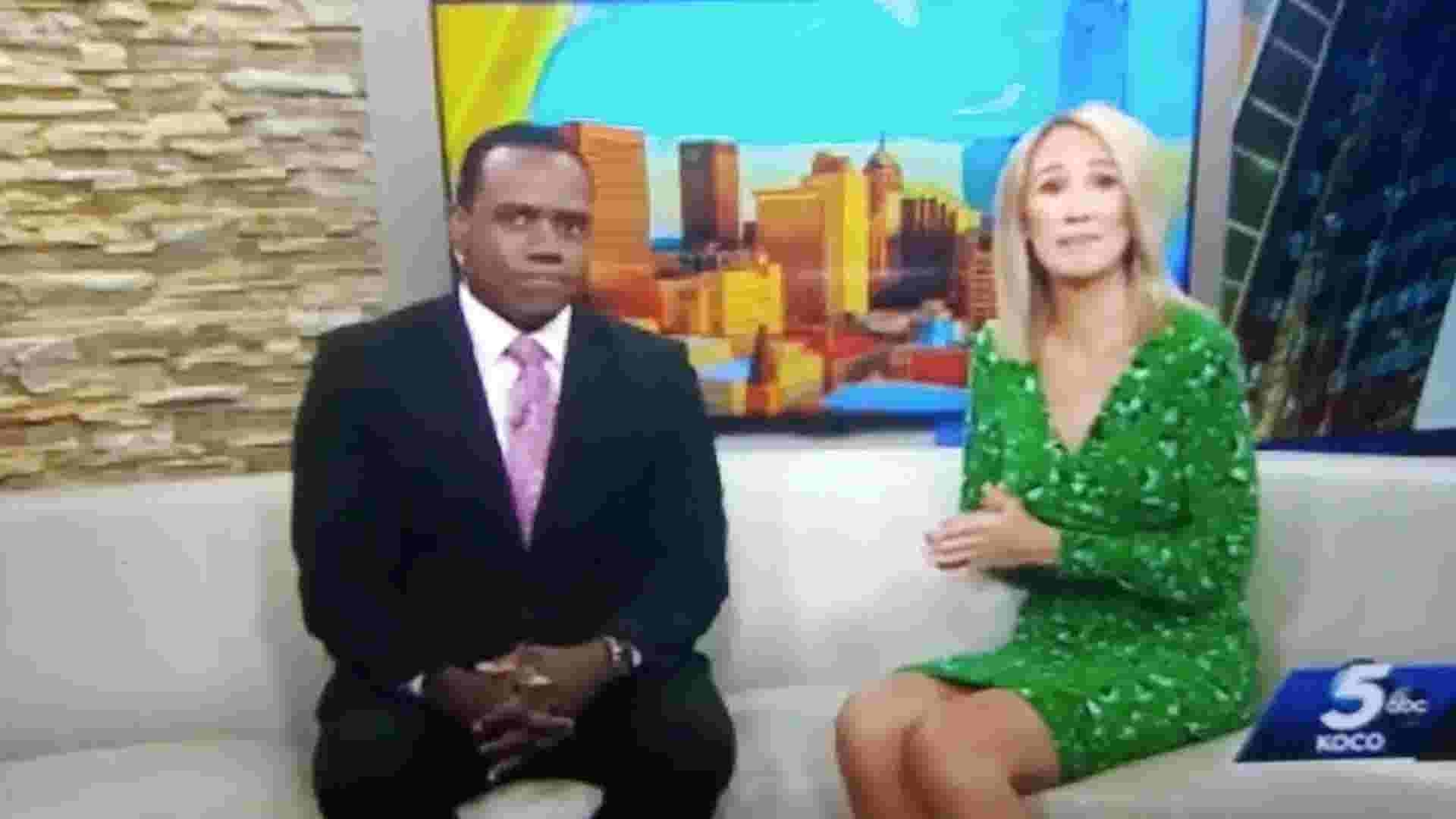 In a tearful segment that aired on Oklahoma City’s KOCO-TV, morning anchor Alex Housden apologized to her co-anchor Jason Hackett after comparing him to a gorilla during a broadcast Thursday.

The racist comment occurred after the pair reported on a story about a gorilla at the Oklahoma City Zoo.