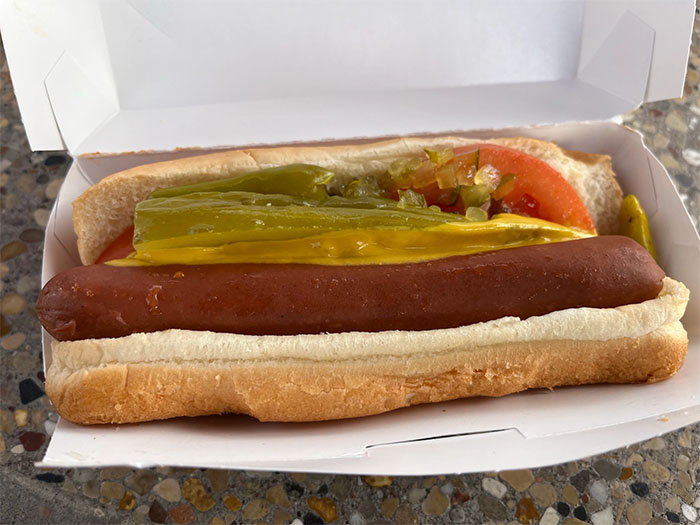 I’m on a veggie roll.

Well, not a “veggie roll” as in “egg roll.” Rather, I’m having fun experimenting with a few of the new vegetarian options at some of our favorite restaurants.

It’s not the fulfillment of a New Year’s resolution that I’d be almost certain to break. It’s the continuation of a decades-long quest to live longer than my father did, as his lifestyle ultimately took him out at the tender age of 64.

I plan to be here for more than a minute, and live to watch grandkids who have yet to be born graduate from college, so I’m working hard on the diet and exercise front. A part of that effort involves cutting way back on red meat.

Last week, I tried KFC’s new plant-based Beyond Chicken Nuggets. This week, another chain that’s closely associated with a specific delivery system for tasty pork and beef is our subject: Wienerschnitzel and their new Veggie Dogs.

Instead of going with one of the new, trendy Impossible or Beyond options, Wienerschnitzel went with a run-of-the-mill veggie wiener. That’s not to say it was bad — it just is obvious, without the snap of a casing, that you’re eating a veggie dog with their three new options. As I was a vegetarian for three years, several years ago now, that certainly wasn’t a deal breaker for me. I still include soy-based veggie dogs and the like in my diet.

And ironically, it’s not the dog itself that set the stage with Wienerschnitzel’s new plant-based menu options: it’s the new toppings that make this worth the continued read.