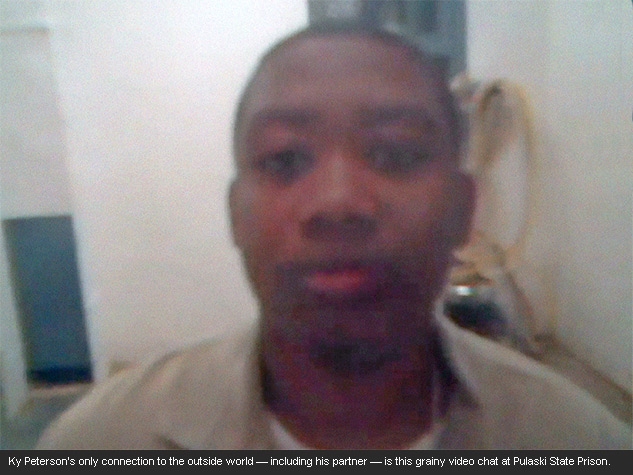 Ky Peterson, a black trans man from Georgia, has been imprisoned three years for the ‘involuntary manslaughter’ of his attacker, which he says was in self-defense.

Ky Peterson brushed off the stranger hitting on him outside a convenience store in Americus, Ga., without a second thought. It’s not like he hadn’t rebuffed a stranger’s advances before. But as he walked home past an unoccupied trailer on October 28, 2011, something hard struck the back of his head. He blacked out. When he came to, the stranger from the sidewalk was on top of him, naked and spitting homophobic slurs at the 20-year-old black trans man as he forced himself inside Peterson.

“I freaked out,” Peterson tells The Advocate. “I screamed.” He kept screaming — in pain, in fear. Perhaps, also, in surprise: It was happening again. He was being raped on his walk home, and no one would help him. Especially not the police. Last time he was attacked in his own neighborhood, the cops could barely be bothered to file the report, and thinking they’d investigate? Maybe even arrest the guy? A fantasy.

For the complete story, visit The Advocate.com/Politics.