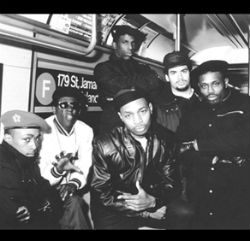 Music lovers everywhere have the opportunity to have their voice heard when it comes to who will be inducted into the 2013 Rock and Roll Hall of Fame, according to an article on MTV.com.

Voting is reportedly open now until December 3, and both the public and industry experts will have the opportunity to cast their votes for those hoping to make the 2013 class.

Voting is taking place on RollingStone.com. According to the site, the public has until December 3 to cast their vote for up to five of the listed nominees, and the top five vote-getters will reportedly comprise a “fan’s ballot” that will count as one of the more than 600 ballots that determine the Class of 2013. The results will be announced in mid-December.

And for more information on the Rock and Roll Hall of Fame, visit rockhall.com.